Governor Philip Lowe has confirmed that the Reserve Bank of Australia (RBA) is nearing the end of its interest rate hike cycle, driving the Australian dollar lower.

“Where interest rates go and how quickly we get there will depend on incoming data and how the inflation and labor market outlook develops,” he added.

The comments follow the RBA’s decision on Tuesday to raise interest rates by 50 basis points. Pound Sterling Live reported at the time that indications from the RBA suggested the central bank was ready to slow down.

Lowe’s comments offer concrete evidence that this is indeed the case.

Lowe said the RBA could afford to slow down because of differences in wage-setting behavior in Australia compared to the United States.

The US Federal Reserve is expected to hike another 75 basis points on September 21 and is often seen as setting the pace for other central banks in their quest to raise interest rates to fight inflation.

Following the speech, economists at Australian lender ANZ said they had updated our forecast based on this week’s RBA rhetoric and their expectations for the data:

“We recognize that there is considerable risk that the RBA will slow its hike to 25 basis points in October, in which case we would expect a further 25 basis point hike early next year, leaving the terminal rate at 3.35%,” said Adelaide Timbrell, senior economist. at ANZ.

Lowe also noted that Australia’s trade surplus in July was also below expectations.

Australia reported the seasonally adjusted balance of the goods and services surplus fell from A$8,398 million to A$8,733 million in July.

The trade balance is a key fundamental support for the Australian dollar as it suggests the country is earning more in foreign currency than it is spending.

This offers compelling supply and demand dynamics that has made the Aussie one of the best performing currencies of 2022.

But a decline in the positive trade balance calls this into question. 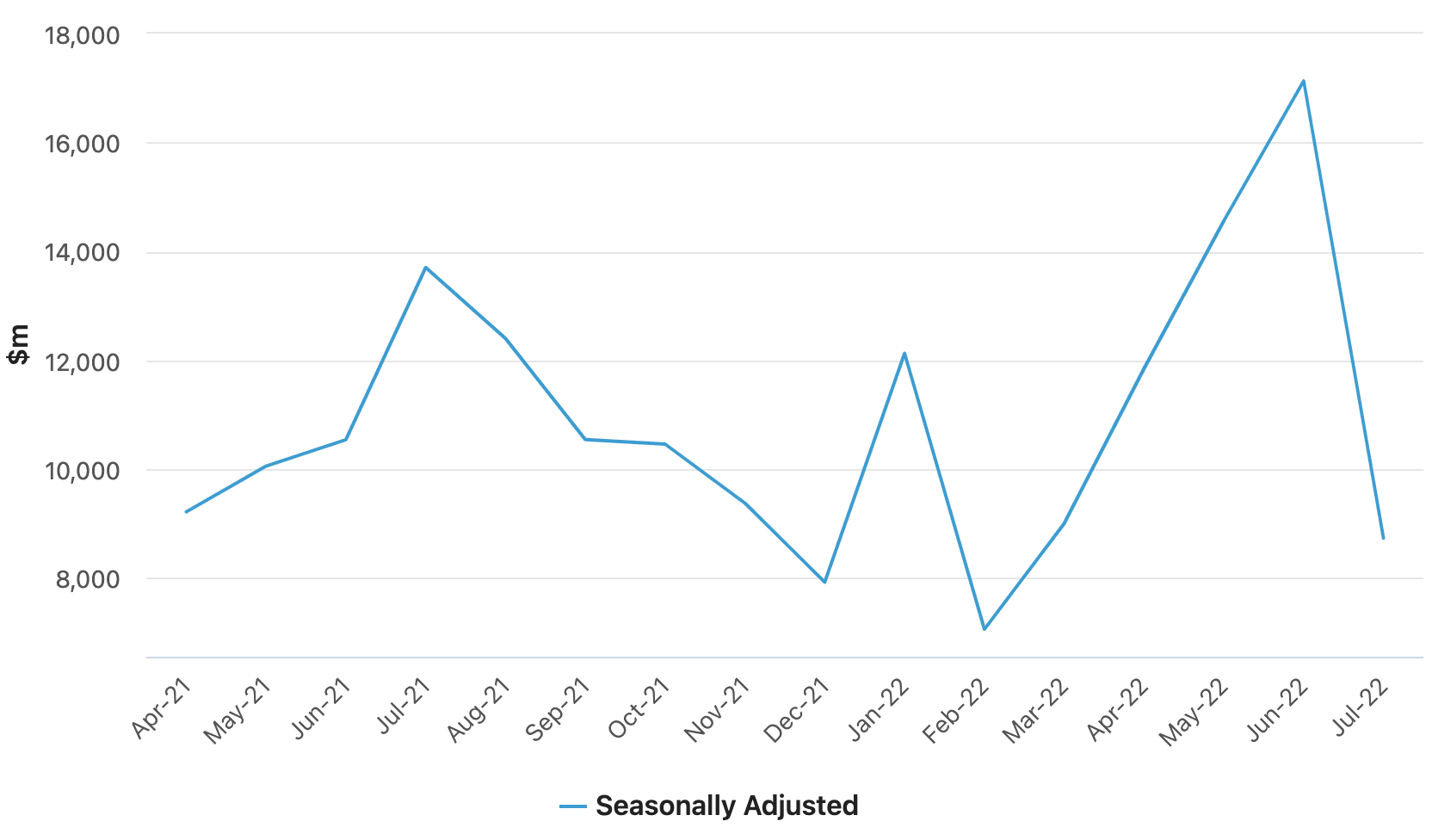 Following these developments, the exchange rate between Australia and the US dollar was lower at 0.6740, the British pound against the Australian dollar (GBP/AUD) higher at 1.7076.

The GBP/AUD pair consolidated for much of September after months of declines that accelerated following the Russian invasion of Ukraine.

Soaring commodity prices boosted Australia’s terms of trade while negatively impacting those of the UK.

This confirms that a key story of 2022 has been relative trade dynamics, with export-capable countries seeing their currencies better supported.

Given today’s data, this trend may be losing its luster.